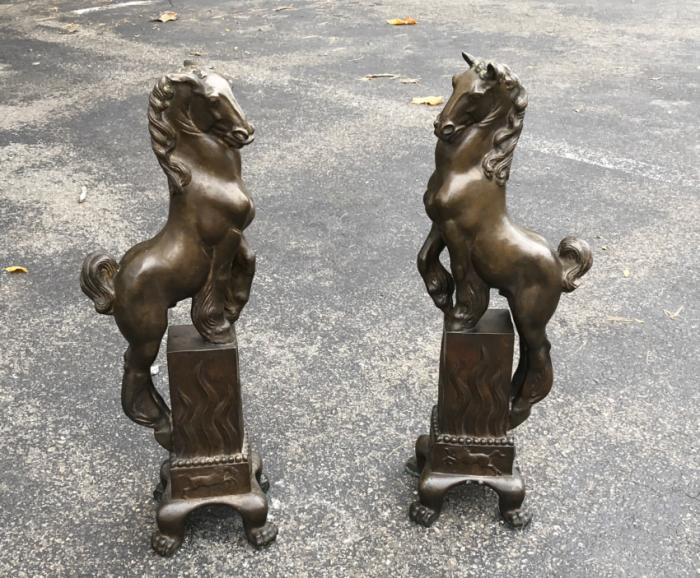 Mary Tarleton Knollenberg bronze sculptures of rampant French Percheron horses. Signed on base, Knollenberg and Tarleton. This is a true matched pair, left and right. Each horse measures 25.5 inches high, 9 inches deep and 6.5 inches wide at the base. Beautiful rich original patina. A New York Times story on January 7, 1993 noted that Mary Tarleton Knollenberg, a sculptor, died on December 21 at her home in Chester, Connecticut. She was 88 years old. Mrs. Knollenberg worked in bronze and stone and specialized in female forms, usually nudes. Her work was exhibited in New York, at Yale University and several galleries in Connecticut. Mrs. Knollenberg was born in Great Neck, Long Island, NY. She won a Guggenheim fellowship to study in Paris. She also studied under Mahonri Young in New York and Heinz Warneke in Washington. She was married for 35 years to Bernhard Knollenberg, a lawyer, Revolutionary War historian and librarian of Yale's Sterling Memorial Library. He died in 1973.