The Porter Garden Telescope by Telescopes of Vermont 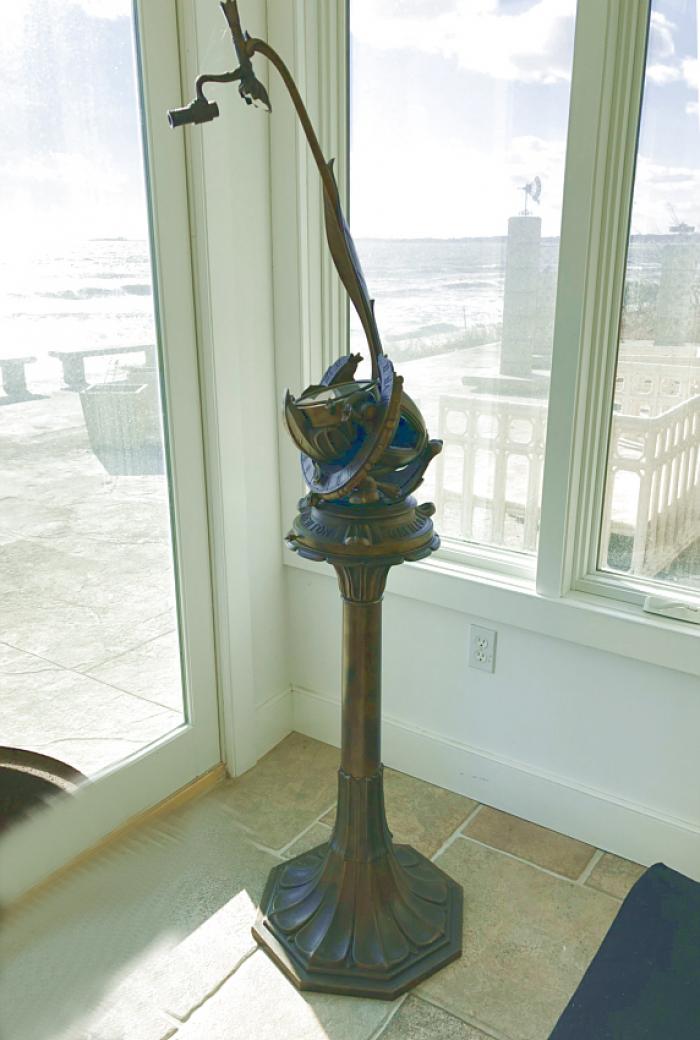 A limited edition authorized exact reproduction of Russell W. Porter's 1923 telescope, made by The Telescopes of Vermont. In 1923, Vermont artist, Arctic explorer, and amateur astronomer Russell W. Porter created an Art Nouveau style telescope intended to serve as both garden ornament and functional scientific instrument. Cast in bronze, the reflecting telescope was adorned with sculpted lotus petals and curving leaves. The optics were disguised in overlapping bronze leaves, while the motion controls were hidden in a pair of cylindrical flowers. Porter created fewer than 100 of his garden telescopes, according to the Smithsonian, which holds one of these devices in its collection at the National Museum of American History. The rarity of these telescopes was partly due to their cost of around $500, beyond the means of most Jazz Age stargazers. Russell W. Porter's telescope would be a model for the design of the 200 inch Hale telescope in San Diego. Russell Porter was the father of amateur astronomy in the United States, the founder of the Springfield Telescope Makers, an Arctic explorer and navigator, a painter of exquisite Inuit portraits, and an instructor of architecture at MIT. When British astronomer Sir Patrick Moore saw the telescope, he dubbed her “Capella”, after one of the brightest stars, always visible in the Northern hemisphere. To read more about the company The Telescopes of Vermont and its journey to recreate this telescope, please go to: http://gardentelescopes.com/our-story.html. Serial numbered and limited to two hundred, the Garden Telescope is an heirloom imbued with craftsmanship and the cachet of rarity. Four hundred hours of work are lavished on each instrument. A milestone acquisition for the art collector, garden lover, astronomy buff and/or aficionado of fine design and craftsmanship, it will spark conversations and delight those who encounter it. A six inch mirror and eyepieces of 50 and 75 power deliver the moon, Jupiter and its moons, and Saturn with great detail. Currently there are only twenty in the world. The telescope, pedestal and optics case (made by a maker of cases for fine English and Belgian shotguns) comprise the kit. Tech specs: 6" f4 mirror, with 75 and 50 power eyepieces. The Telescope, with its pedestal, is 66" tall, and weighs 110 lbs. This telescope was purchased several years ago for $75,000 and is now selling for upwards of $125,000. Excellent condition. Just in from a CT estate.