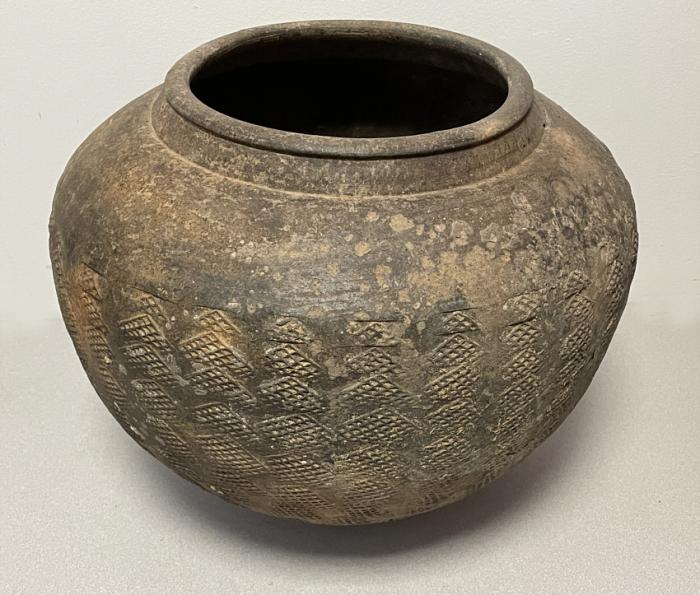 Ancient Han dynasty Chinese earthenware jar with impressed decoration. Han Dynasty, Giao Chie period, 1st to 3rd century. Height 13 inches, width 16.5 inches. To see a similar example please see: Arts of Asia, Volume 41, Number 4 (August 2011), page 95, (13). This jar was previously sold by J. J. Lally & Co., New York, inventory 2601. James Lally has been an active participant in the Chinese art market for more than 50 years. He was a director of Chinese works of art at Sotheby’s in New York and Hong Kong from 1970, and in 1983 he was named president of Sotheby’s in North America. In 1986 he founded J. J. Lally & Co. and mounted an exhibition which was sold out in the first week. Link to one of his lectures in 2011.https://www.youtube.com/watch?v=CijiYxZh1qQj