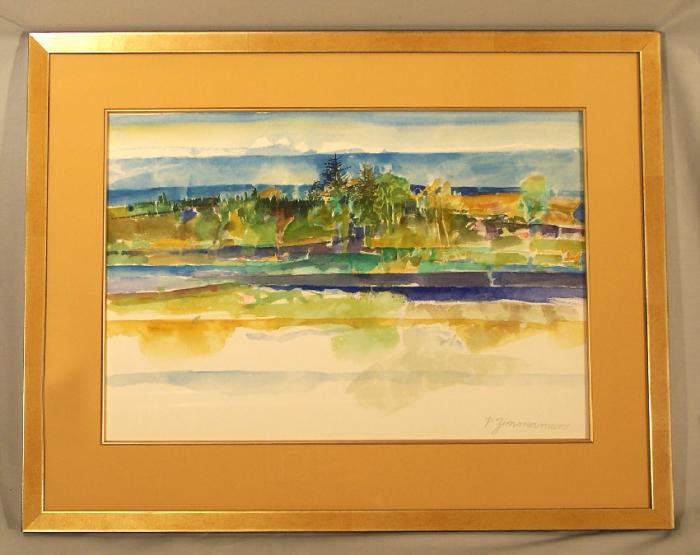 Paul Warren Zimmerman watercolor and gouache landscape on paper. Mid to late 20th century. American, born 1921, died 2007. The painting is 17.5 x 28.5 inches. The solid wood frame is 25 x 35 x 2 inches. Mr. Zimmerman was an internationally known artist who lived in Hartford, CT, Kokomo, IN, and Toledo, OH. Born in Toledo, he graduated from Kokomo High School in 1941 with a full scholarship to John Herron Art School in Indianapolis. Upon graduation in 1946 with a B.F.A., he was awarded the Mary Milliken Memorial Fund Scholarship. He continued his training in New York City, under Heinrich Mayer. In 1947, he became associate professor of painting and design at Hartford University School of Art. He was awarded a Ford Foundation Grant, American Academy of Arts and Letters and associate membership in the Academy of Painting and Design in 1959. He had well over 86 awards.