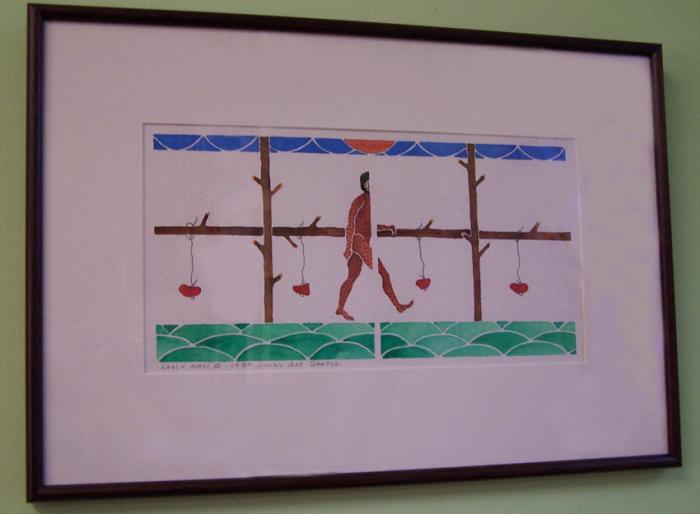 Jonas dos Santos Early Man watercolor on paper. Signed and dated 1979. Jonas dos Santos is a performance artist, muralist, painter and sculptor whose work reflects his interest in social and cultural issues. He was born in Recife, Brazil, in 1947. He attended the Atelier de Artes Livres, Recife, and received his BA degree from the Escola de Arte, Recife, in 1968. From 1968 to 1972 he studied at the Corcoran School of Art in Washington, DC. He is the co-founder of both the Uniao Visual Studies, Recife (1969), and The Bird and the Dirt, Inc, which began in Washington in 1971. Image measures 12.5 x 6.5; frame measures 13 x 18.5.